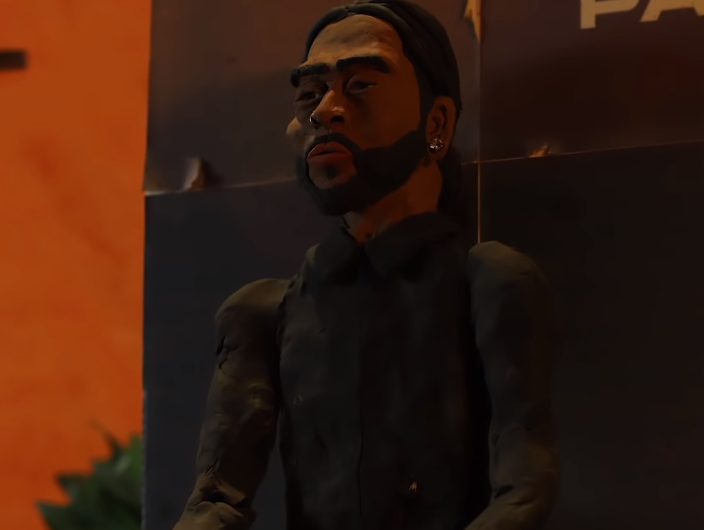 Claymation Amazonian women and a post-apocalyptic Toronto are the focus of PartyNextDoor’s latest video “Loyal.”

The new visual, which dropped on Tuesday (January 12), stars a claymation version of PND as he tracks down three gigantic women wreaking havoc in Canada’s most populated city. OVO co-founder Drake, who sings on the track, is noticeably absent from short feature, animated or otherwise.

In the clip, the city of Toronto has been taken over by a trio of massive, scantily clad women. The Canadian government, who has tried and failed to reclaim the capital city, calls in PartyNextDoor for assistance.When the Canadian singer-songwriter arrives on the scene to find half-naked women who are several stories tall, the mission goes awry.

The video’s creator William Child has several other music video credits to his name. He created the video for “Disco Shit”by 03 Greedo and Kenny Beats featuring Freddie Gibbs. He’s also the brains behind the visuals for “Someone Else” by Emotional Oranges.

“Loyal” is one of two songs released by PND ahead of his upcoming album. Late last year, the 26-year-old musician told fans via Twitter to expect a new album sometime in January 2020. Neither an album title nor official release date has been announced.

Watch the video up top.

Wed Jan 22 , 2020
Whether you’re in the mood for love, action, or family fun, Netflix has it all coming your way in the new month. If you’re interested in seeing what came to […]

To note, the final version of Bill & Ted’s Excellent Adventure ends and begins with George Carlin’s Rufus. At the beginning, Rufus explains that 2688 is clean, “even the dirt […]