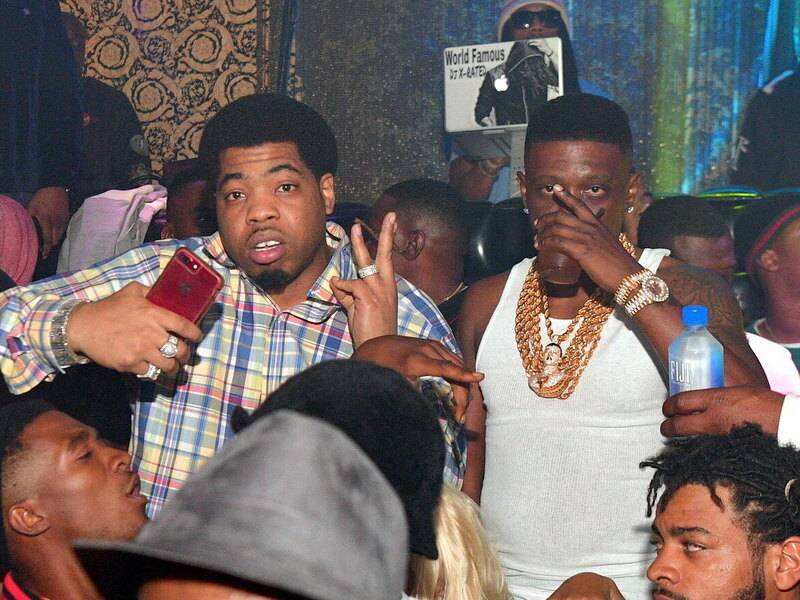 Boosie Badazz and Webbie haven’t collaborated on any music since 2016, but both men have made it clear it’s not due to a rift between the two. In an interview with VladTV, Boosie shut down any notion of him being on bad terms with his longtime collaborator.

But when Vlad asked Boosie about why he hasn’t worked with Webbie on his recent albums, the Baton Rouge-bred rapper shed some light on the duo’s current standing.

Boosie noted he wants to team up with Webbie again, but the prolific rapper suggested his old partner-in-rhyme isn’t up to constantly churning out music like him.

“We just gotta get on the same page,” he explained. “When I get pissed off, I get pissed off. But I love that nigga … I adapted to this new world shit. I gotta keep going, Vlad. Hopefully, we get in there, we make some more classics, but every month and a half I’m dropping a classic.”

In response to the interview, Webbie posted a positive message about Boosie via Instagram. He pointed out how people are drawn to negative stories — such as possible beef between the two — as opposed to the reality of them being on good terms.

“A1 cents DAY1,” he wrote. “It’s ah negative [world] bra..people enjoy negative energy way more than positive energy ..#coachwebbie IF ME N B WAS FIGHTING ON THIS PIC ..I bet it would get millions of views and likes..but sense it’s another pic of us having a good time ..Enjoying Life.. LETS SEE WHAT IT DOES.. crazy world bra.”

Boosie and Webbie have released two studio albums, Ghetto Stories and Gangsta Muzik, as a duo. The Louisiana natives have also collaborated countless times on their respective solo works and compilation projects such as Trill Entertainment Presents Survival Of The Fittest.

Wed Jan 8 , 2020
10 minutes ago Gwyneth Paltrow first came onto the Hollywood scene in the early ‘90s, and it didn’t take long for her to reach star status – receiving an Oscar […]

CinemaBlend participates in affiliate programs with various companies. We may earn a commission when you click on or make purchases via links. It’s been years since Guardians of the Galaxy […]