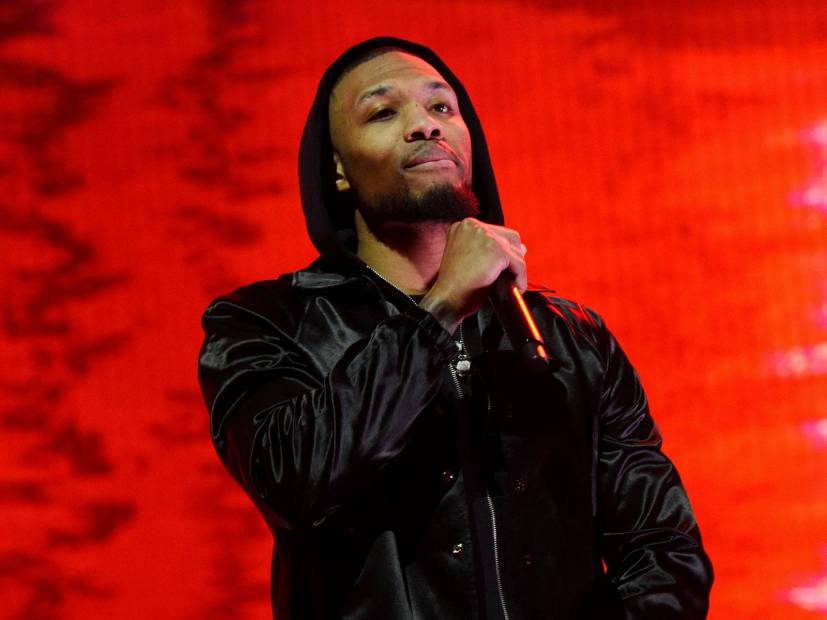 The Portland Trail Blazers’ point guard became the first NBA player to perform at the annual NBA showcase, hitting the stage with Lil Wayne and Jeremih. His performance included the songs “Money Ball”– off his latest album Big D.O.L.L.A. – and 2017’s Scott Storch-produced “Run It Up” featuring Weezy.

Dame also paid tribute to late NBA legend Kobe Bryant by wearing a black jacket with the words “Mamba Forever” emblazoned on the back.

In an inspirational message shared on YouTube and Instagram, Dame noted his barrier-breaking achievements in the face of critique as proof that athletes can cross over into other crafts.

“Only player to ever participate in every event at all star weekend in the same weekend…” he said. “Now the first and only player to perform live at all star weekend! Appreciate the nba for the opportunity and all the love from everybody as well as the criticism and hate! Proud to continue to break barriers and show we are more than just athletes and should push through our other passions…”

He continued by expressing his gratitude for the presence of the two musical entertainers alongside him.

“Pleasure being on stage with the legends Lil Wayne and Jeremih!” he said. “Much love …. a night I won’t forget!”

Watch the performance in full below.

Mon Feb 17 , 2020
Ultimately, the good news for Last Christmas is that it’s a movie that can be enjoyed even knowing the twist from the beginning (which is the experience for anyone watching […]

The Five Venoms (1978) Another Shaw Brothers masterpiece, The Five Venoms (also known as Five Deadly Venoms) is about the last student of a moribund master who is sent out […]