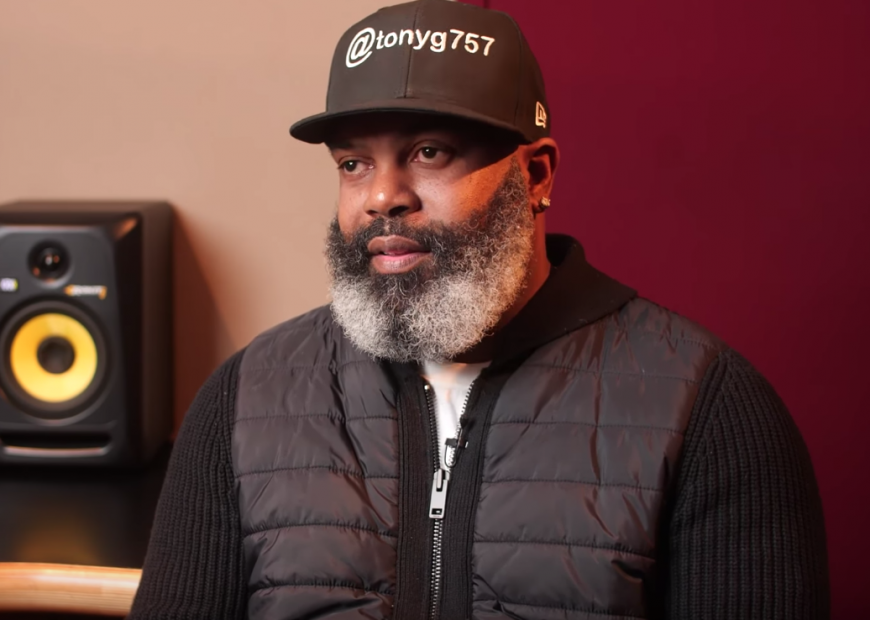 According to Clipse‘s former manager, Anthony “Geezy” Gonzalez, all those drug-dealing raps Pusha T and Malice spit were really based on Geezy’s own life of dope pushing since he was 15 years old.

The group isn’t together anymore, though. Malice now goes by No Malice and has turned his life over to the Lord and Push T is still in the rap game dropping albums about drug dealing.

In a recent interview with DJ Vlad, Geezy says about 95 percent of Pusha’s raps are based on his life of being a dope dealer.

“They never had to ask me about no idea off of what they have seen,” Gonzalez said. “But, I remember a couple of times it was a rap back in the day and me and him were sitting there talking and I said to him, I made a statement, for every car I got add nine O’s.

“It was me just talking in general when I said that and he looked at me but he ain’t say nothing. Then I heard him say it in a rhyme, ‘For every car I got add nine O’s.’ When I heard it, I was like, man I said that to him. He was good when it came to that type of stuff.”

In a previous interview with Vlad, No Malice confirms that once he returned home from the military, people in the neighborhood were telling him that Push was running around with their older cousins who had a lot of respect in the city.

Drake refers to the truth of Pusha’s cocaine dealing past in his “Duppy Freestyle” diss.

“Your brother said it was your cousin, then him, then you,” Drizzy spit in reference to No Malice’s interview with Vlad. “So, you don’t rap what you did, you just rap what you knew / Don’t be ashamed, it’s plenty niggas that do what you do / There’s no malice in your heart, you’re an approachable dude.”

The OVO boss added, “Man, you might’ve sold to college kids for Nike and Mercedes / But you act like you sold drugs for Escobar in the ’80s.”

Watch Anthony “Geezy” Gonzalez’s interview about the Clipse up top.

Wed Feb 26 , 2020
John Constantine! Based on all of the “fuck yeah” responses in the comments, it sounds like fans would be just fine watching a Hellblazer movie from Scott Derrickson. Before Doctor […]