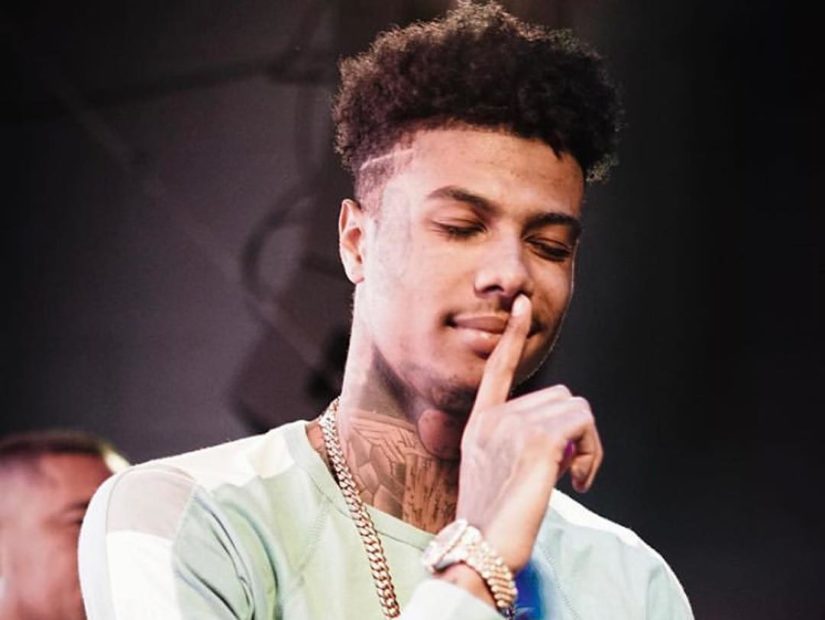 New York, NY – Blueface went on The Breakfast Club to discuss the recent domestic drama involving his family, which saw him kicking his mother and sister out of his house. Although the “Thotiana” creator did his best to downplay the situation, his sister has teased a diss track aimed at her brother.

According to Blueface, his mother and sister had been visiting for a week before things went awry. He said his mother has her own spot in Ohio but claimed he was gonna help out his sister, who was the reason his family came to visit.

Despite his plans to provide assistance, Blueface felt like he was being taken advantage of at some point. His family was also trying to process him having two girlfriends at the time. Eventually, the situation blew up and led to the fiasco that played out on Instagram Live.

“They not sure how to feel about the two girlfriends,” Blueface said. “And they’re women. They’re a little more catty … how women are with their attitudes and things.”

He added, “I’m sure there was no bad intended at all, as far as the girls go. It had nothing really to do with that. That’s just what the media made it out to be.”

Charlamagne Tha God then asked Blueface why people said his mother was clout chasing. The West Coast rapper claimed he didn’t know despite writing “you know it’s getting hectic when Yo own momma do it for the clout” on Instagram soon after the incident with his mom and sister.

“The media do strange things,” he said. “The [Instagram] Live was what really blew it off the top. That’s where it went left for me too. Why the hell my mom going on Live for?”

Later in the interview, Blueface confirmed he broke up with one of his two girlfriends. He also circled back to the dynamic between them and his family.

“I think they were more jealous of the affection I was showing to the girls,” he said. “They gotta understand it’s two different types of relationships.”

Although Blueface’s sister is creating a diss track about him, he claimed to have no ill will for his family.

Listen to the diss track snippet below.

Tue Jul 23 , 2019
34 seconds ago Quentin Tarantino’s latest movie, Once Upon a Time in Hollywood, finally opens in theaters this weekend, over a year after principal photography began. Like every movie production, […]

Houston, TX – Slim Thug knows the dangers of COVID-19 after testing positive for the coronavirus in March. Following his firsthand experience, the Boss Hogg Outlaw has lended a helping […]